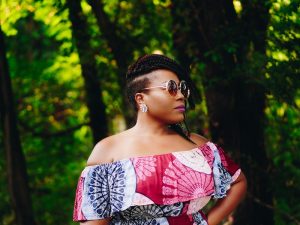 For another, OnlyFans is shattering expectations about what cam models can and can’t look like. A number of successful OnlyFans models defy stereotypes when it comes to their shapes and sizes – and their followers can’t get enough. How can you define success on OnlyFans, you may ask?

For others, it’s building a sustainable following on the platform, made up of people who love them for exactly who they are. Whatever your personal metric for a successful OnlyFans model happens to be, you have to admit that the platform can’t be beat in terms of diversity and variety.

Some OnlyFans models get started by just selling nudes

Not everyone joins OnlyFans with the goal of quitting their day jobs and focusing full-time on their followers and subscribers. A much easier goal is to earn some extra pocket money by selling nudes, which is what a lot of models opt for when they’re just starting out. There isn’t much production cost, it’s easier to control the content that viewers get, and photos are an easy way to produce a high volume of content.

For some, though, things took off faster than they expected. Between growing popularity on the site, and the success of promotional efforts on social media platforms, they started to see their subscriber count taking off. A few OnlyFans models have even described getting DMs from people who had been crushing on them since high school – and who were finally getting to live out their fantasies years later! Between one thing and another, that simple decision to sell nudes turned into videos, pay-per-view content, dick ratings, customized interactions, and all kinds of other content types.

And here’s the catch – the OnlyFans models you just read about aren’t all svelte young women with long legs and smooth skin. They’re 30-something-year-old men who’ve always thought they were too soft around the middle to be admired for their physique, or women in their 40s who never expected to be complimented on their FUPAs. They’re trans men and women, plus-sized models, non-binary individuals, people with disabilities, and more.

OnlyFans models are learning about self-love

For some OnlyFans models, however, they’re discovering that they don’t have to change in order to be admired, complimented, and lusted over. Even if they still struggle with appreciating their “problem areas”, their followers definitely don’t. In fact, their fans might even prefer a model’s squishy stomach, double chin, or arm fat, instead of the typically lean and toned look that so many models go for. Other models who don’t adhere to gender norms have gotten a similar reaction, with subscribers expressing appreciation that one of their online idols looked like they did.

The point is, a lot of successful OnlyFans models decided not to wait until they achieved the “ideal” body before they joined the platform – and that decision paid off. Not just because they ended up making the big bucks, but also because they satisfied and inspired their followers in a way that the average OnlyFans model could never have done.

Why do only a few OnlyFans models become successful?

There are countless factors that can contribute to someone’s success as an OnlyFans model. It could be their personality, their aptitude in creating the perfect brand image, a killer content strategy, providing excellent value for money, or even just getting lucky. If you look at some success stories, though, it’s easy to see why they turned out so well – it’s because the model already had something going for them, which gave them a head-start on their efforts.

For example, one guy started as the creator of “The Manwhore Podcast”, which attracted a following of people who loved hearing his takes on (usually sexual) topics. It isn’t surprising to learn that once he joined OnlyFans, a bunch of his podcast fans followed him there as well. They already liked his vibe and knew what he was all about, so why not subscribe for feet pics and fun videos too? Even though this particular OnlyFans model didn’t consider himself to be all that attractive, his subscribers certainly did. From single gay men to middle-aged married women, they all enjoyed getting to know him through his OnlyFans as well as his podcast.

Would he have succeeded without his podcast, though? It’s impossible to say for sure, but the answer is probably no. It just goes to show how fickle finding success on OnlyFans can be, as well as how easily another pursuit or skill can be turned to your advantage as an OnlyFans model.

The cam model landscape is changing thanks to OnlyFans

Some of these diverse OnlyFans models joined the platform as a hobby, while others were trying to pay the bills after getting let go due to the pandemic. Either way, a combination of hard work, innate sexiness, and sheer good fortune has led them to success on the platform.

Regardless of which type of OnlyFans model you gravitate towards, you’ll have plenty of options to choose from. While there’s no doubt that conventionally attractive models generally get the most attention, you also have to admit that many other OnlyFans models are defying expectations, and inspiring their fans to do the same.

Enter the username or e-mail you used in your profile. A password reset link will be sent to you by email.